BTS’s Most Incredible Moments Of 2018

It’s been a wild year for BTS. Media outlets from around the globe are throwing around words like “soaring” and “K-pop superstars,” and all of it feels surreal. After all, it just started with seven boys who happened to be really, exceptionally talented; but also hilariously entertaining to watch while playing “Endplate King.” Things have changed and those boys are now very successful young men, still rising in global popularity with every year. Please join us for a short and crisp rewind of BTS’s incredible 2018!

1. When they released new albums

Each song carries it’s own vibe, giving a taste of what the respective album contains. From solo tracks to group songs and calm ballads to powerful hip hop tracks, the range of genres in this era surely is impressive. We would never be able to choose just one best song from these, so let’s just say: the albums surely were successful for a reason, and “Love Yourself: Answer” is a worthy finale for BTS’s “Love Yourself” era.

2. When they dropped mixtapes and collabs

The Hixtape finally happened! J-Hope’s highly anticipated “Hope World” truly did not disappoint and just when ARMY was about to calm down, RM dropped his solo playlist “mono.” and with it – you guessed it – earned nothing but well-deserved praise and success.

As for other members, we’ve been blessed with amazing covers like JK’s rendition of “Breathe” by Lee Hi or “Only Then” by Roy Kim, or Jin’s cover of Yoon Do Hyun’s classic rock ballad, “In Front Of The Post Office In Autumn.”

Still, that doesn’t cover all of their musical work this year; the group and/or individual members collaborated with a list that reads like the who-is-who of a really cool party: Take for example, Steve Aoki, Nicki Minaj, and Drunken Tiger, just to name a few.

3. When they performed on stage

In 2018, BTS started their “Love Yourself” tour around the globe, which includes 12 countries and will be going on until April 2019. Tickets have been and still are selling out (frustratingly) quickly, but there’s a silver lining: highly successful ticket sales might mean more tour stops in the future.

Aside from their tour concerts, the group performed on MANY TV shows. In fact, there’s too many to list them here, but one thing’s for sure: both Korean and international TV can’t get enough of the seven young men.

Of course, we can’t miss award shows when talking about BTS’s stages. Remarkably, the first public performance of “Fake Love” took place during the BBMAs, AND they got to perform with Charlie Puth at the MGA. Yet, the visually and musically most stunning performance at an award show (until now) has got to be their performance of “IDOL” at the Melon Music Awards 2018, which was inspired by traditional Korean culture, including costumes, dances, and instruments.

4. When they took us on trips

In 2018, BTS’s “Bon Voyage” travel reality show got its third season and showed the boys exploring Malta. From teaching Jungkook how to drink whiskey to reenacting “Hwarang” with V, it sure made us want to drop everything and go there. Even if the members were surrounded by cameras, this is probably the closest BTS can get to being on well-deserved vacation.

But that’s not enough! 2018 was the year the boys conquered the movie theaters. Based on the “Burn The Stage” YouTube Red series, “Burn The Stage: The Movie” was released in November and broke the U.S. box office record as the highest-grossing event cinema musical production of all time. The movie follows the boys during their 2017 “WINGS” world tour, giving viewers a behind-the-scenes look of the group’s concerts and travels. Through various interviews the boys showed their more serious side, addressing issues and struggles they had during the time.

5. When they got rewarded for their efforts

Listing all of BTS’s chart placements and awards for 2018 would go beyond the scope of this article, so we are going to give you a short summary: It’s a lot. There are many, many international award shows and magazine rankings, plus a bunch of daesangs at Korean award shows without the award season even being over.

As for international achievements, most notably, their albums “Love Yourself: Tear” and “Love Yourself: Answer” earned the first two No. 1 albums by a Korean act on the Billboard 200 (and later set several records).

Even President Moon Jae In congratulated them for these achievements. Speaking of the President, BTS was also awarded the Order Of Cultural Merit by the Korean Government this year. And as if that wasn’t enough, the designer for their “Love Yourself: Tear” album is now nominated for a Grammy.

6. When they gave back

This year, the “Love Myself” campaign by BTS in collaboration with UNICEF celebrated its one year anniversary and collected over 1.6 billion Korean won (that’s more than $1.4 million). BTS’s engagement for UNICEF doesn’t stop there: They attended the launch of UNICEF’s “Generation Unlimited” at the UN General Assembly, where Namjoon touched the hearts of many, encouraging the youth in an emotional speech.

Additionally to their activities with UNICEF, the members individually made several donations this year. As far as public information goes, Jimin donated to his old elementary school, Yoongi donated to an orphanage on his birthday, and Jin also donated for his birthday to the Korean Animal Welfare Association.

Just like their idols, and maybe inspired by them, ARMY has organized several donations this year, the latest effort being donations for the World Wild Fund for Nature for V’s birthday. The donations are meant to be used in order to protect endangered tigers.

7. When they proved their social media game

But their MV views obviously aren’t their only achievements on social media. BTS’s official Twitter account recently became Twitters most tweeted-about user of the year, and it snatched the most-liked tweet of 2018 with currently over 1.8 million likes. Also, it’s the biggest Korean Twitter account altogether with over 17 million followers. So many numbers just to say: BTS and ARMY pretty much dominate Twitter.

But Twitter doesn’t seem to be enough either: take a look at BTS’s V Live channel with 11 million followers, being the biggest channel on the app. Also, V set a new record for most-watched solo V Live broadcast in 16 countries. All in all, their social media game is just really, really good.

8. When they kept their private life mostly private

We might be repeating this list item from last year’s BTS rewind, but it’s still very much relevant. The bigger BTS gets, the busier the members become, and therefore their private live and free time are probably even more scarce than ever before. But we don’t know for sure, and that’s a great thing. We mostly only know about BTS’s private endeavors when they want to share glimpses of it.

That being said, Jungkook’s GCF clips are a great accomplice, constantly showing the members in what seems to be their down time. That and the numerous tokens of friendship with other idols and public personalities keep up our faith in the members’ social and emotional well-being, be it social media posts, mentions on TV shows, or just casually promoting a gaming squad.

9. When they poured their heart out

The above-mentioned reality shows do show a behind-the-scenes facet of BTS that we rarely get to see. But their speech at the MAMAs held an honesty that made it worthy of its own item on this list. While each of their awards visibly touched the members on an emotional level, it was during their acceptance speech for the 2018 MAMA “Artist Of The Year” daesang that they poured their hearts out. They addressed their hardships and shared that they had even thought about disbanding this year; but also expressed their hopes and faith in a brighter future. Not only did they touch fans worldwide, but many of the other artists present at the ceremony were visibly emotional when they heard the speech.

10. When they renewed their contracts

All jokes, awards, releases, and action aside: probably the most important moment of 2018 for BTS has got to be the renewal of their contracts. The seven young men called Kim Namjoon, Kim Seokjin, Min Yoongi, Jung Hoseok, Park Jimin, Kim Taehyung, and Jeon Jungkook, re-signed their contract and with that, made the decision to work with Big Hit Entertainment for seven more years. So for the next few years, BTS will continue to work hard for their fans, and ARMY will continue to give their all for them. We can’t wait to find out what 2019 may bring!

Were you lucky enough to attend BTS’s “Love Yourself” tour? What was your favorite moment with BTS in 2018? Tell us in the comments!

daisygonzo feels slightly (but mostly positively!) overwhelmed by everything that’s happened this year for BTS, and she’s sure, she’s not the only one. Follow her on Instagram for more!

10 Reasons Why BTS’s Jungkook Is An Angel From Above

BTS JIN wrote a letter “I’m happy for army to enjoy my birthday”….

10 Reasons Why BTS’s Jungkook Is An Angel From Above 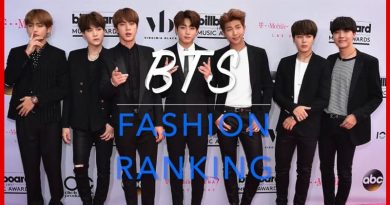